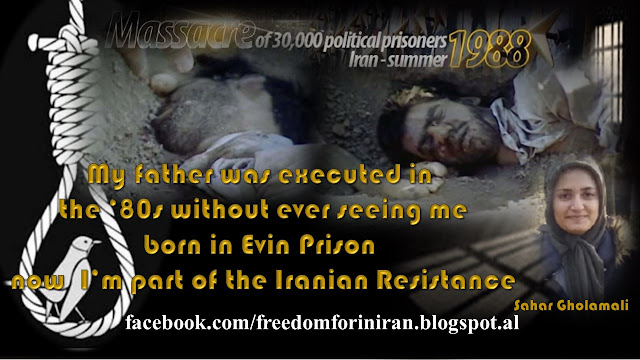 SAHAR GHOLAMALI OUR MOVEMENT IS SUMMED UP IN THE WORD OF HOP
With her penetrating gaze, she looks around. After hearing the questions, she reflects for a moment and begins replying with a sweet smile. The passage of time and life’s adversities have not affected her cheerfulness nor her expressive words, perhaps because she made her decision years ago and pledged to fight as long as it may take.And this is how she describes her life story: My name is Sahar Gholamali.  I was born in Evin Prison
and now I am part of the Iranian Resistance.
I know I might be a rare example to answer “in jail” in response to the question “where were you born?”  Prison is indeed the most dreadful, the strangest and the most difficult place to welcome a newborn.
During those years, in the 1980s, my parents, who were both supporters of the opposition Mojahedin (PMOI/MEK), were arrested for their political and social activities.
The only reason for their arrest was their belief in freedom and their opposition to a regime which had come to establish a religious dictatorship in Iran.
Shortly after the arrest of my pregnant mother, I was born in prison, in a place which lacked the minimum facilities, health standards, and even the least possibility of receiving proper love and care from my mother.
Read more 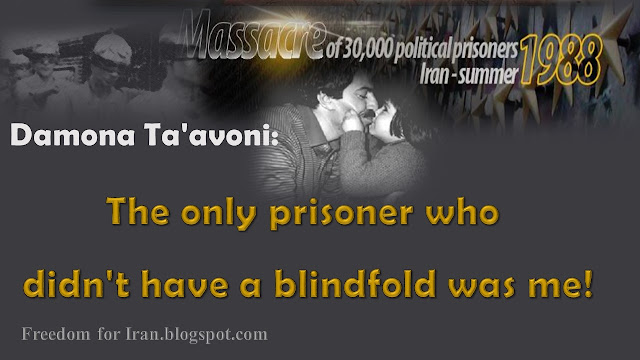 Damona Ta'avoni: The only prisoner who didn't have a blindfold was me!

During and after being transferred to prison, I was the only one among all prisoners who did not have a blindfold! Everyone else was blindfolded, but not me. And I could witness everything, all the gazes, all the crimes, and everything that happened.
See more 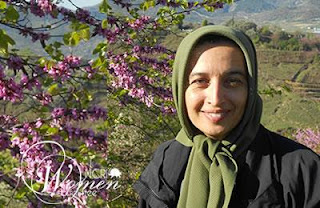 I was just a little girl, perhaps about 7, when my memory was embedded with the intimate relations I had with my father, as a “mentor of struggle,” the day when he taught me to be generous and give away my teddy bear to a poor child instead of keeping it for myself.
Or the day when he taught me that books are the only treasure offering human beings valuable lessons and perhaps the best gift that can be presented to others…
Another day while we were watching The Battle of Algiers together in the theater, he pointed out to me, “Now that’s a woman…!” A restless being that chooses to rise up and fight in the face of all the obstacles and hardships and then carries on with an unwavering determination until final victory…
Unyielding, brave, and fearless…
Read more


Laila Delfi, the courier of freedom 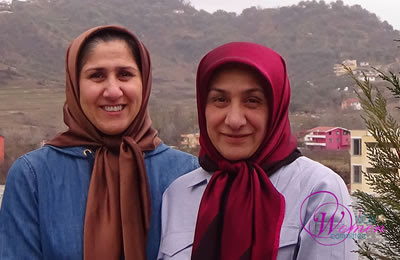 My elder sister, Sakineh, was one of those who did not remain silent and did not turn a blind eye on oppression.
Not only she was an older sister, but she was also kind as a mother and caring as a teacher to me. Her heart was filled with love despite great pain that she concealed from us. She felt for the poor kids of oil-rich province of Khuzistan who had stay in the streets all night and day in the freezing cold of winter and in the scorching heat of summer.
She felt the pain of bereaved mothers, elderly fathers and deprived workers who lived in misery despite the fact that our city was surrounded by oil pipelines and oil and gas refineries. Nevertheless, she always had a smile on her face. She was full of hope for a future of freedom. And for me, she was the example of a unique human being, a role model in patience, tolerance and firmness.
Sakineh was arrested and imprisoned many times but nothing could shake her resolve in continuing her path and her activities.
She was ultimately arrested for the final time in 1987 as she was leaving the country to join the Resistance. She was 24 when she was hanged in summer 1988, among the 30,000 political prisoners who were massacred that year.
See more

A prisoner's letter: The savior is on her way

Remarks of Paria Kohandel, daughter of Iran political prisoner speaks out - 10 October 2015
PARIYA: A WISH FOR IRAN
Pariya Kohandel is a young woman who has recently departed Iran and joined the Iranian opposition. She is celebrating her first Persian New Year (Norouz) outside of Iran, while her father and his friends are all political prisoners back inside the country.
Pariya is a young woman who has been very familiar with prisons and … after her father was arrested when she was only 8 years old. To this day she has not received a gift from her father on Norouz or her birthday.
INTERVIEW WITH PARIA KOHANDEL ON HER FATHER’S PLIGHT IN IRAN PRISON 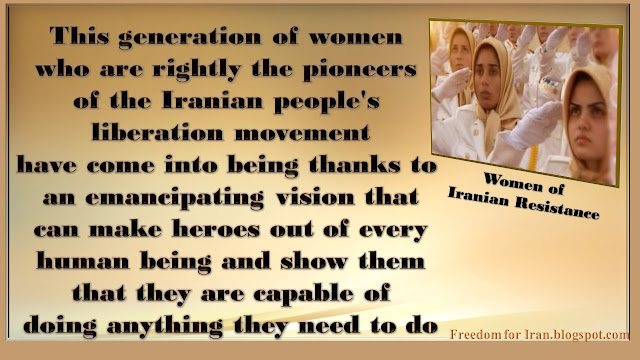 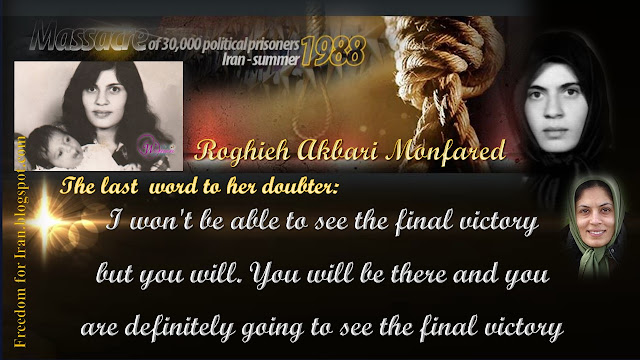 Mahnaz Sa'eidi: I am bereaved but confident of victory
The hot summer days remind me of the summer when I last visited my mum.
Those days, I was a little girl all of whose emotions and dreams were tied to the loving gaze of her mother.
See more click here 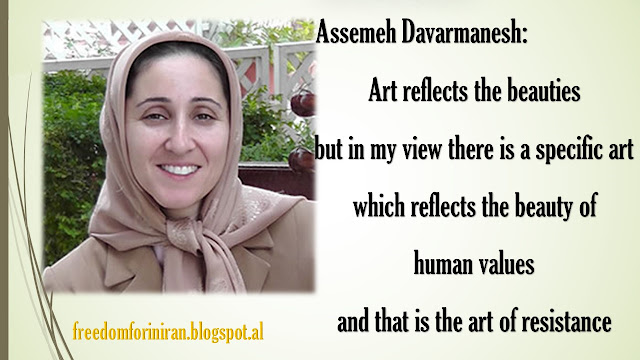 Marieh Nabavi: The future is inevitably free
She looks so innocent and yet anxious…
Her tears reveal her hidden pain…
She sheds tears and I find myself beset by the sorrow of her innocent gaze…
The innocence of a great nation that has been condensed in her small heart…
To return her beautiful smile, I must wear an armor and put on my helmet and step onto the road…
See more click here
Nayyer Nassabi: I discovered my cause in the face of adversity
The women in this movement were very sincere and empathic as well as caring and giving towards others.  They were always the first ones to approach and look after those who had sustained injuries from tortures.
See more click here

History has seen a long list of women, standing out as legends…
Among them we can find hard workers, inventors, managers and geniuses who have played significant roles to enhance the equality movement, and who have guided humanity towards adopting new values.
The Iranian Resistance’s experience, however, is unique due to its persistence and extent.
The women who are introduced by the NCRI Women's Committee website, each represent a different angle to the 50-year experience of this movement.
See more click here
Afsaneh Hajibaba: Fate-making moments 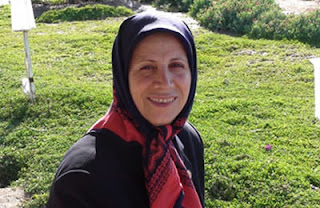 I was a nurse, working night shifts in a hospital. One morning, as I was returning home, I was stopped by a horrific scene.
In Imam Hossein Square in Tehran, a 17-year-old boy had been hanged in public. I arrived at the scene when his body was swinging in the air and his legs making sudden movements.  People were watching in awe.  No one was even breathing. The terror was indescribable.
The dreadful spectacle of the tiny legs of a young boy twirling and seeing him struggling while suffocating, changed my whole life. I made a choice to fight against the brutal dictatorship ruling my country.
See more click here 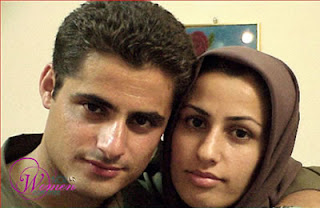 Asefeh Emami: This is the right path
This is my dear brother Hanif. I loved him and still love him more than anything in the world.
Hanif was shot dead in an attack on Camp Ashraf on July 29 and 30, in 2009
I hear Hanif whispering in my ear all the time, that this is the right path. The one that I chose and the one I am paving with my friends every day.
See more click here

Laila Mohammadi: The echoes of a common cause 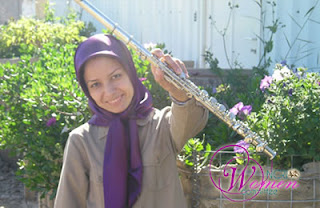 It appears to be a musical instrument but in fact, it is an efficient weapon that has harmonized hearts of the freedom fighters
with the Iranian people and people all over the world.
The main lesson I have learned from my sisters in Camp Liberty, is that if I want to have “everything” for my people, if I want “all” their dreams come true, I have to sacrifice “everything”, including my education, my personal life and my interests.  I see this sacrifice as an honor and I solemnly believe that one day I will see my people happy and joyful, in a free Iran.
See more click here

Forough and Ma'edeh Moeeni: Teachers of human values in Ashraf 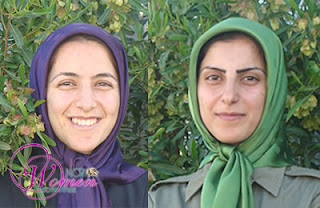 We are sisters.  We have been together since our childhood and now we are comrades in struggle.
We are passionate about the same goal and have the same interests and wishes in life.
We are graphic designers and are part of the team responsible for producing television programs.
The day we left home to join the movement, we were motivated only by one thing, the freedom of our people!
See more click here 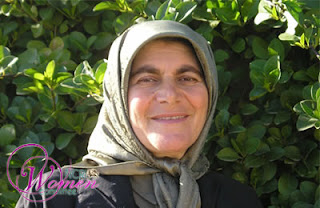 Fereshteh Hamedani: I love this path, its difficulties and its sweet moments
Among the sprouts and leafy greens here, in Camp Liberty, I can see the sprouts of hope for tomorrow's Iran.
The sprouts of hope of my people and especially the people of Kurdistan who have been suppressed more than others all these years.
See more click here

Hakimeh Karimi: I remained faithful to my pledge 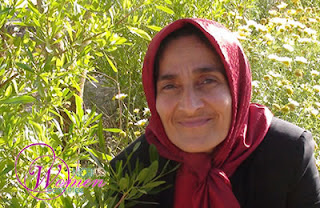 As a teacher, I had closely witnessed and was familiar with suffering and poverty in our society...
I remember, years ago, it was summer. I saw a little boy who was selling chewing gums on the street. He looked familiar. I noticed and realized that he was one of my own students! So, I started talking to him. I asked him why he was peddling on the street. Then I found out that he had no proper shelter to sleep at nights! He was homeless at nights and during the day, he was street vending to earn a little money for his family.
Having seen his problems and realizing the fact that I had lost sight of his situation in the classroom, made me think about some serious questions.
See more click here

Marzieh Nabavi: We are the architects of future 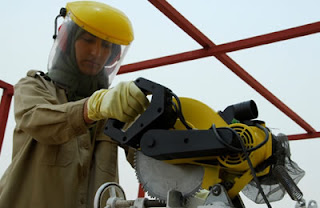